About Our Fleeting Little Life

I don’t know what it is about being suicidal that makes people treat you like a fucking 6 year-old.
Cause to be honest, it is a bit shit.

Is it really that surprising that the thought of suicide crosses our mind every now and then?
That little voice that tells you to jump, those moments when you remind yourself how thin the line is.
And it’s easier to shut them down, to suppress them and to slap a big suicidal label on anyone who dares to say it out loud.
But are they not the most human thing? Reminding yourself that you have control over your fleeting little life if nothing else.

If you kill yourself right now, kids are still gonna go to school, get their lunch money stolen. DFS is still gonna have another one of half price winter sale. Pre-pubescent teens are gonna fuck up their first times and still brag about it to their friends. The clocks will keep ticking.

You know, in this great nation of ours, about 14 people kill themselves everyday. Is that what you wanna become? A number? A part of a number? A fucking tally on a fucking spreadsheet? Filed away somewhere deep in the office of national statistics. Until some entrepreneurial fuckwit digs it out and half beg attempt to convince all that we need to invest in this pricey safety initiative. Or stats on tejustic in their assembly slideshow, just to remind the kids that the school has a counseling team. As if ten minutes of circle table and color-coordinated leaflets on how dealing with stress is really gonna tip the balance.

Course you’re right. You don’t matter. Not in a grand scheme of things, I mean I’d miss you, but I’m gonna fucking move away.
Bill Murray, Mrs. Buckston’s cat, that racist man at the end of my road.
None of it matters, not in the end. Except Bill Murray, he is a treasure.

But still 100 years from now, you and I are gonna be nothing but a few faded photos in a shoe box and an abandoned facebook profile. Or maybe facebook would be dead.
Ultimately, it’s all pointless. But what does that even mean? As a species, we seem obsessed with finding our purpose and a point to everything. But maybe there isn’t one. Or maybe there is, and this is it.

Kill Peter Wright if you have to, but don’t kill yourself. Jump on the next Eurostar to Belgium, leave all this behind. Pursue a life as a chocolatier in the Rue of Tranquility, of Derby. And learn a new language, marry the local barmaid with massive tits and grow old in a thatched cottage. Can you imagine? Your grand-kids would love you.. You’d be like Willy Wonka to them or something.

No, but I’m serious. Is that NOT better than dying?

If you really were committed to the idea of saying goodbye, surely you’d have the conviction to pack up and start fresh.

I know you’re not religious, but the way I see it you have three options.

Either you meet your maker and find out suicide is a sin and good luck with that.
Alternatively, you’re reincarnated as a mosquito and find out that your best efforts were wasted.

Or.. you assume that this is the ONE shot we get.
Stick it out for a bit…

Posted in: Deep in Thoughts, Self Reminder 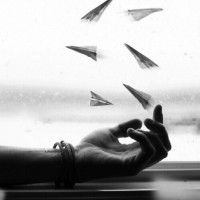 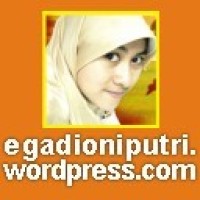